Want some torture with your peanuts?

A senior government official with the U.S. Department of Homeland Security (DHS) has expressed great interest in a so-called safety bracelet that would serve as a stun device, similar to that of a police Taser®. According to this promotional video found at the Lamperd Less Lethal website, the bracelet would be worn by all airline passengers.


The Electronic ID Bracelet, as it’s referred to as, would be worn by every traveler “until they disembark the flight at their destination.” Yes, you read that correctly. Every airline passenger would be tracked by a government-funded GPS, containing personal, private and confidential information, and that it would shock the customer worse than an electronic dog collar if he/she got out of line?
Click to expand...

Ok, ok, it was just a proposed invention by some nutjob looking to make a buck, and I know it quickened a couple of you FA's heartbeats a little ... but seriously, WTFO?!?

I would love this as the pilot if I could be the one to push the activation button... :bandit:

Staff member
Um, thanks for the generalizations guys, but no, as a F/A I do not think a shock bracelet is a good idea.

If true the guy should be fired immediately for expressing this idea. I don't even know where to begin with this. And the government wonders why people distrust it?!?

It's funny, instead of fixing the issues causing passenger outbursts, they'd rather find ways to combat the result. Typical government.

But what can you expect from the Police State goons at the DHS/TSA.

I would love it if they fail and u get shocked

It's only cool if I get to control the shock button!

Tries to keep it fun.

Yeah, if we got to control the button, that would be fun. I'd probably be hitting the thing like Bart Simpson: pretty much all the time, even if it's just to see if it worked.

Anyone else find it funny you can't take liquids onboard, or pretty much anything that could be considered a weapon, yet here we are ready to put a freakin' taser on every passenger on the flight?

OK there is nothing funny about this at all. The fact that this could be in the washington post, and not cause an outrage is sad. This is not the same country i grew up in.

But what can you expect from the Police State goons at the DHS/TSA.
Click to expand...

This is the only state that knows whats up: 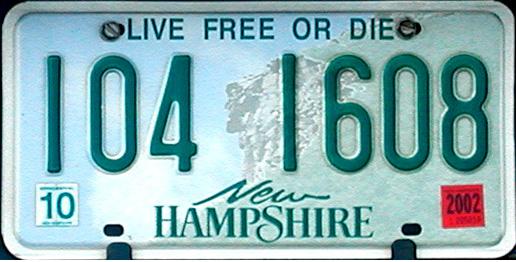 That just about sums it up...

This is outrageous and I am quite offended that this "government official" would actually consider this. What kind of society would we be?? How far will they take it, will we have to be monitored by the government all the time??

It would be a good idea for all ex cons..... and all the wives out there that when they walk within 100ft of a mall...... BZZZZZZZZZ

I still think that a lot of pax's would be willing to travel Guantanamo style for 50 bucks off their ticket.

ackeight said:
It would be a good idea for all ex cons...
Click to expand...

Yeah, but then they wouldn't be able to get jobs with TSA anymore. Bracelet would be a dead give away.

Ben Franklin said it best, "They who can give up essential liberty to obtain a little temporary safety, deserve neither liberty nor safety.

This is tantamount to Lo-Jacking human beings, which would be next if some govt bureaucrats had their way.

Tries to keep it fun.

greaper007 said:
I still think that a lot of pax's would be willing to travel Guantanamo style for 50 bucks off their ticket.
Click to expand...


It's amazing what people will do to save a buck. I could see some people being okay with it. Espically the "if it makes me safer on an airplane" crowd.

All jokes aside and being serious for a moment, I find it hard to believe this could actually become a reality. The first time someone acted up and got zapped would probably start one hell of a lawsuit.