A cargo-carrying jumbo jet flying with only backup power landed in Anchorage early Tuesday, blowing out most of its tires in the process, according to airport officials.
The incident kept a runway closed at Alaska's busiest airport well into the afternoon.
The Southern Air Boeing 747-200 was headed from Miami to Anchorage, then on to Asia, when its four main power generators quit working, according to officials at Ted Stevens Anchorage International Airport and an investigator with the National Transportation Safety Board.
"A couple hours outside of Anchorage, they had a complete electrical failure," said NTSB investigator Clint Johnson. "They were flying almost entirely with battery power, and those were getting depleted."
Two backup generators kicked on, but they do not power a mechanism on the 300- to 400-ton jet that keeps its tires from skidding, said Trudy Wassel, the airport's business manager. Johnson said the plane's crew had no use of the jet's reverse thrusters, used to slow it down during landing.
The crew decided to make an emergency landing in Anchorage, and firefighters rushed to the runway prepared for the worst: a fiery crash.
Of the jet's 18 tires, 14 blew out when it landed about 2 a.m. Tuesday, Wassel said. Only the flight crew was onboard, and nobody was injured, she said.
"Early this morning, when this whole event was taking place and the tires were blowing, the neighbors were reported hearing them (to 911 dispatchers)," Johnson said. "They definitely could hear it in the surrounding neighborhoods."
The plane remained sitting on the runway, called 7 Left or 7L, Tuesday morning while crews worked to fix it and figure out what happened. 7L is one of two east-west runways at the airport. The adjacent runway, 7 Right, was closed for maintenance unrelated to the emergency landing, Wassel said.
Johnson said the NTSB is investigating the cause of the electrical problem and looking closely at the plane for damage. The investigation will also try to determine if the failure is an isolated occurrence or if other 747s are at risk, he said.
"It's not a normal event, by any means," Johnson said.
Airport officials said there were no delays with the runway shutdown.
"We have other runways, so we're fully operational with that plane there," Wassel said midday Tuesday, when the 747 still sat on the runway.
All of the tires on the plane -- which still carried the logo of its previous owner, Saudi Air -- had been replaced by 2 p.m., Wassel said. It was towed away and the runway reopened about 5 p.m., Johnson said.
Reach Casey Grove at casey.grove@adn.com or 257-4589.
Click to expand...

Wow... I think that they scrapped all the birds I 'lived' on while there. But, this is wild. I also would love to know what happened. 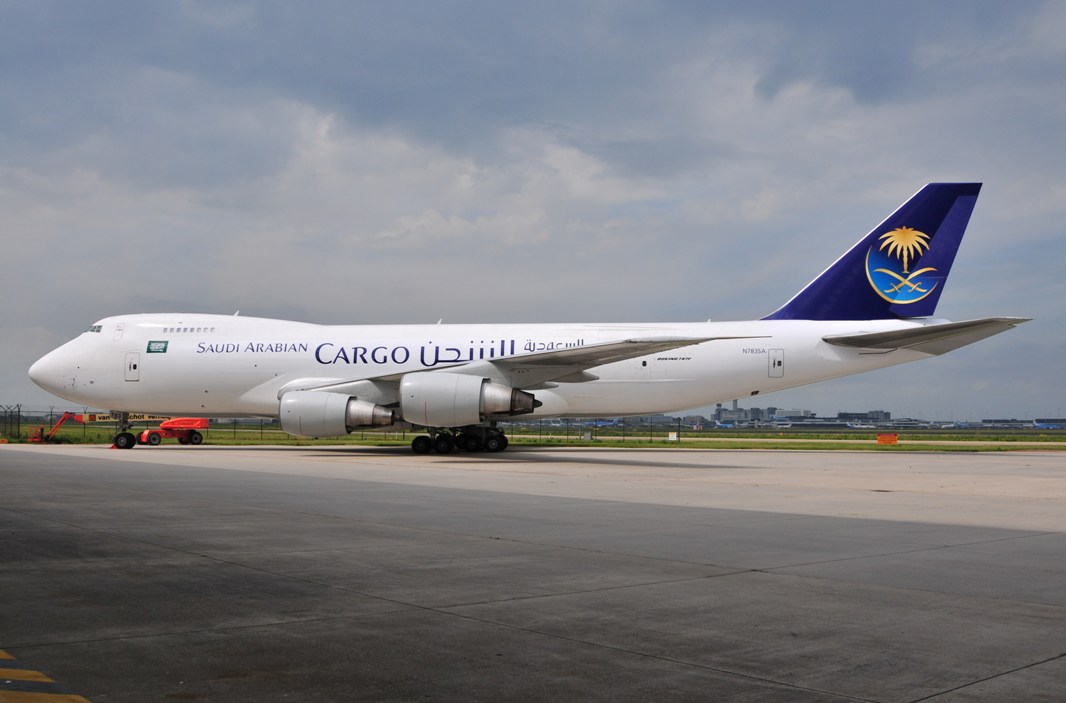 That'll wake you up!

That's it. Had 7L closed yesterday.

Kudos on the crew for getting it on the ground and stopped safely.

Any thoughts on how something like that happens, Polar?

I'm sure Polar or Alchemy will chime in shortly, but one sort of suspects that the hydraulics necessary to stop nigh on a million pounds Fred Flintstone style (with your feet) would be...rather heavy.

lol yeah
what role does power play though? that a gen would provide

I stand corrected. Why would they need anti-skid on a ten billion foot runway, though? Anything else important that would affect stopping distance lost with electrical failure? Slats? Airspeed Indication?

My ignorance is boundless!

Speculating as well:
Since running on RAT power, all non-essential equipment is "deactivated" anti-skid being one system I'm nearly positive. I'm not sure of the weather at the time, but with a bit of water on the runway, a bit of hydroplaning will flat spot a tire in a heartbeat.

The thrust reverser doors may be hydraulic, but the only way to keep electricity out of the equation is to connect the TR's to the TR controls via mechanics or have a hydraulic pump right under the controls. Neither of those options are practical in a modern aircraft. Electronic controls are lighter, so they are incorporated into systems like that. The engineers did not make the TRs redundant enough to remain usable in a complete generator loss on that 747, apparently.

As for anti skid systems...with size and speed, it becomes necessary to either add or remove force in the controls and provide feedback to the pilot, so they can understand how their control inputs are immediately affecting the airplane. When you lose some flight control systems, especially those that have electronics completely separating the pilot from the flight control, you also lose the feedback. Fortunately, airplanes like the 747 had a separate braking system that is usually self contained. Some aircraft just have a cable that runs from a parking brake handle to the brake manifold(s). The KC-135 actually has an accumulator that needs some pressure. I imagine that the 747 also has at least one accumulator, but other than that you're trying to stop a 600+ thousand pound machine with the actual brakes being tens of ft behind and lower than you and you are separated by sections of metal (the airplane). It is extremely difficult to tell how you are doing when you actuate those brakes.

What kid of luck do you have to have in order to lose 4 gens?
J

dvtpilot said:
What kid of luck do you have to have in order to lose 4 gens?
Click to expand...

Wouldn't it be some huge BUS failure vs 4 independent generators all failing at one time?
S

dvtpilot said:
What kid of luck do you have to have in order to lose 4 gens?
Click to expand...

Really bad, but at least they got to have dinner at Humpy's

I wasn't on the Classic all that long, however I remember a little bit about the machine. If there is a classic expert, hopefully they'll correct my errors/omissions.

It's a Classic, thus the crew is Classic qualified. They've eaten at Humpy's before. Many times.

We talked about this on the flight today. We had a former Classic CA and FE. The 4 Gen trip doesn't really work out in the system architecture, however, these machines are old. Last Classic was built in '88-ish, and are probably into the 100s of thousands of hours on the air frame.

The Classic has 4 engine Gens; 2 APU gens, but they can't be used in flight. There is no RAT.

Flaps are pneumatic and hydraulically powered in normal mode,and have electrically drives for a backup mode.

Thrust reversers are hydraulic or pneumatic dependent on the engine. They are cable rigged to the engine on the classic IIRC.

There are 3 hydraulic sources for the brakes, all 3 of which have antiskid. There is also an accumulator, but only serves as a means to set the parking brake. The airplane has steel brakes. The whale has artificial feel in the pedals, but it would be very easy to blow the tires if the anti-skid is out. Even if the anti-skid was working, if the flaps (DC controlled for the flap handle, and AC driven with the backup system)may have been up. In that case with the weight of the jet and a high-energy stop, you'll deflate tires, and probably weld the brakes.

I don't recall seeing any skid marks on the runway, which leads me to believe the anti-skid was working.